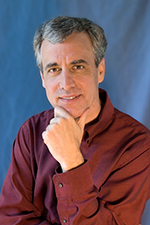 2014 - Dr. Mark Fonder (Professor of Music, Ithaca College) is the conductor of the Ithaca College Concert Band and has been teaching conducting and instrumental music education courses at Ithaca College since 1989. From 1994 to 2003, he was the Chairman of the Music Education Department. He is active as a guest conductor, adjudicator, school music consultant, and clinician and has served in these capacities throughout the United States. Internationally, he has guest conducted, given research presentations or adjudicated bands in Australia, Japan, Canada, China, Singapore, Taiwan, throughout the Euro zone and the United Kingdom. Dr. Fonder, a graduate of and twice a fellowship recipient at the University of Illinois, was director of bands at Park Falls (Wisconsin) High School and was on the faculties of the University of Wisconsin-Green Bay and University of Texas-San Antonio prior to coming to New York. He has also served on the faculties of The University of Washington, VanderCook College and the Eastman School of Music. Dr. Fonder authored an award-winning book, Patrick Conway and his Famous Band (Meredith Publications, 2012) and his research (over 30 articles) has been published in various journals including the Music Educators Journal, Winds, Band Directors Guide, Instrumentalist, Journal of Band Research, Council for Research in Music Education and the Journal of Research in Music Education. He was chair of the Music Educators Journal Editorial Committee from 1998-2002 and has edited the Journal of Historical Research in Music Education since 2003. Dr. Fonder has played principal trombone with the Green Bay (Wisconsin) Symphony, the Green Bay Packer Band, and the San Antonio Brass, and for such entertainers as Robert Goulet, Rich Little, and Rita Moreno. In 1987, Dr. Fonder was awarded the National Band Association-Wisconsin Chapter Citation of Excellence, in 1998, the Ithaca College President's Recognition Award, in 2013, the Ithaca College Faculty Excellence Award and has been the recipient of a University of Wisconsin teaching fellowship. He has been elected to Phi Delta Kappa, an honorary education fraternity, Phi Kappa Phi, an honorary scholars fraternity, Pi Kappa Lambda, an honorary music fraternity and the prestigious American Bandmasters Association.